Soccer doesn’t understand me, either.

After the 2014 World Cup, I had a conversation with a friend’s cousin about my difficulty in getting into Premier League. No one played soccer in my neighborhood. My cousin had a sun weathered soccer ball but I don’t recall ever playing with it. We had live boxing, football, baseball and tape-delayed NBA on television. In 1982 I had an L.A. Lazers (pro indoor soccer) sticker that made it quickly to the trash can. With the influx of El Salvadorians and Nicaraguans  in the 80s I started seeing more people kick that chess ball around in the parks. Hell, I even played one game of rugby in P.E. and watched a few water polo games but there was zero soccer on my radar.

My interest in finding a team was so that I could understand the game better then disseminate the info to my boy who has been fascinated by the game since he was a toddler. Whereas I have caught a few games since that 2014 conversation, I still have not followed dude’s advice to just pick a team and follow them forever. I can’t do that. Now, I know why.

Is this game between the Wankleberry Samsungs and the Nottingham Nuttsacks? I have no idea who these hopping hooligans are.

In major American sports (baseball, basketball, football) you have obvious logo branding. I don’t follow the WNBA at all but as soon as I saw a jersey with the Statue of Liberty, I knew the team was the New York Liberty. Premier has seals. I can’t see those tiny ass emblems. I do see Emirates and a gang of race car style advertising. The only thing personal that is prominent is the name of the player. That’s great if you identify with the player but you have to follow the tradition of the team if there is no recognizable style. Yeah, they have there own color scheme and some have slight design flourishes but I really only immediately recognize Arsenal. And I recognize them more for the Puma logos. The NBA has been looking into going that road. I’ll probably watch less if they do. All that human billboard stuff bugs me. In world cup, Brazil was Brazil. US was US. “Eat at Joe’s” doesn’t inspire my sports loyalty.

Little Arsenal dragon Puma. Why do they discontinue the shoes I like?

I’m not an Anglophile. Unlike Americans who knees turn to jelly when they hear some limey accent my first thought is “where did this dude park his pirate ship?” I’ve never been to Utah but I know the Jazz. When I first started watching basketball they were the New Orleans Jazz. They changed states and I could still follow or be aware of the team. Super Sonics to the Robber Barrons… I mean the Thunder. I don’t identify with Manchester, Swansea, Ham-Ville-Shire, whatever. To my knowledge, Arsenal is not a municipality. If they moved to Lichtenstein, they could still be Arsenal. Chelsea would have to move to lower Manhattan to maintain the geography/name balance. Chelsea could be a crappy town. I don’t know. They have their traditions but I need to pick a team like a baby. “I live in Los Angeles so I like the former Minneapolis Lakers“. “I hate that Leprechaun so I want every team to stomp the Celtics.” Soccer doesn’t make it easy for me. 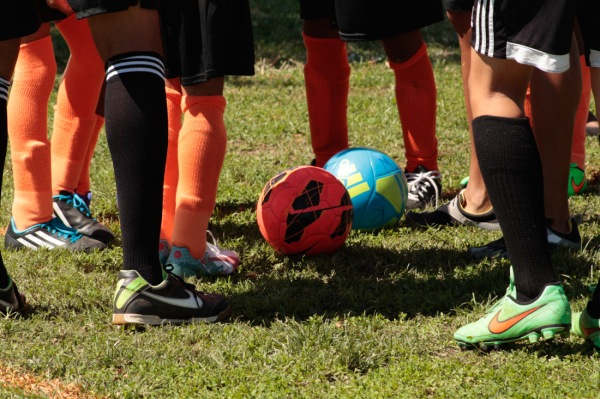 The Flash ready to clash through the 1031 casbah

Some of the jerseys have collars. Hell no. Helllll no. What’s next, bow ties and beanies? That at least allows me to eliminate teams (though I could be confusing them with a MLS team).

I hate all that damn singing/chanting. I can still watch a game despite all of that drunken pirate shit. Hell, I hate the loud ass disco of NBA games so I realize they won’t cater to me. However, I respect that people all over the world are intensely moved by the game and the atmosphere. Listening to the Men in Blazers podcast about a year before Men’s World Cup prepped me for watching World Cup.

The best thing about soccer for me is the newness. There are still huge craters in my understanding and I have trouble watching anything televised now. Last year before the season, I was thinking I was going to pick up Chelsea but they wound up winning the title and I don’t like being a front-runner aside from my Lakers legacy. I guess they are sucking this season so it would be a good time to jump on board in terms of bucking the front runner trend but bad in all other things. I saw a bumble bee team last week, Watford maybe. Prior to that I was considering giving Leicester City a try. One of the Manchesters is powder blue and that won’t do. If anyone has a club to endorse, let me know. For now, I’ll stick with my son’s fall AYSO team, the Flash. Premier League will be ready for me when I’m ready for them.

How did this get so long? Procrastination. 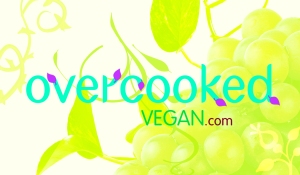 I hit a wall just before episode 6. Overcooked Vegan is research and development for me and I was having difficulty with my progression in technique. I guess I’ve been documenting that in the production notes. After ep 5’s unnecessary hurdles and mounting scrambling before ep 6, I declared a two week OR SO hiatus. Basically, for September I’m only doing intermittent pre-pro and maybe some animations but I don’t look to go back into production until early October.

To explain the wall, I’ll have to say it’s not just time and energy. There is logical return. You do art because you’re compelled to do so. Personality might dictate how much of that art is satiated with intrinsic versus extrinsic reward. You might also throw in a quasi-social awareness angle which ideally is intrinsic when authentic. Business is all extrinsic and always in need of a return. The blood of business is money. As I said Overcooked Vegan is R&D. The immediate return is constant information from testing. The long term goal is broadcast or cable, if not overcooked then something else. But I started getting a lot of knuckle-headed return.

For episode 6 I had two people who had originally committed to participate want me to sing and dance them back into their commitment. Fuck that. Go walk your puppies, ________ (You know what fits). So I went back into my 20 some odd remaining submissions to my casting and from the two emails got my first zero response and a response that I will describe as “that’s the internet for you”! Despite having a fairly detailed casting notice AND episodes that can be surveyed for examples ANNND the show title, I was asked two inane questions: “What kind of personality are you looking for?” ANNNNNND “Would I have to cook vegan food?” Come on now. What the %64#2D is wrong with you?!?

So the wall represents the cracks in my patience and I have to repair the wall. There’re more issues but I don’t write this to vent to the public. (I’ve been led to believe that production notes help some people who are interested in getting insights into various levels of production and I don’t mind passing on information if it’s of value.) I guess I mean to say, I’m not that dude taking pictures of every thing I do and posting it online. I already have two feature-length documentaries that I have to find a working time machine to finish before certain deadlines and tomorrow an additional one is coming my way. I can’t even write about my irritation on those projects alone.

Beyond the complaining, I do have more headspace to slowly make changes to the format so that cutting it to the half hour will make sense in flow and instill more humor into it. Of course pre-pro has to be met with proper pro. I also have to work on publicity. Very few people know the show exists. It’s taking a preposterous amount of time to get the word out via the method I had been waiting for so it’s time to return to the responsibility of self. Except I hate doing publicity. In the words of Gil Scott-Heron taken totally out of context, “Home is where the hatred is”.