I’m going to have to make some new callouses soon, I know. The trailer has Ramsey Lewis’s “Dark Eyes” which I have not yet cleared but “it’s temp”…right? There’s the necessity of discipline to counter the time slippage, the motivation drain, the vampires, meteorites falling on your head. You keep on pushing because this m***rf**** ain’t going to push itself.

Three hours searching for rights holders of 5 images, I found 4 and the remainder remains mysterious. Fees range from $50 per to $499. Well… there only about 200 more to go through. Clearing audio, I started with audio from UCLA’s Special Collection Library. Audio of Pajaud being interviewed, $250 per incident. Let me tell you briefly about documentary productions as I’m learning on the fly: Pain in le’keister. I knew prior to seeing this through but now I know. I know. I know. See the copious amount of ointment and gauze making me look like a mummy?

My subject died in 2015, a few weeks before his 90th birthday. He was a cool old dude. His wife has been a cool dudette. Pajaud (William Etienne Pajaud, Jr. to be specific) got to see the skeleton of this before he moved on so everything else has been polish. That spit shine glow has yield a mountain of clearances and a pile of low resolution images that I need to replace to make it street legal: meaning I can’t do any commercial shit with it. No TV, license streaming rights, home video… 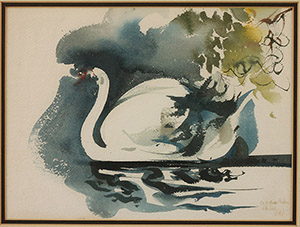 As an individual, you don’t do a documentary expecting a huge payoff. Big wigs have their payoff already on deck. My wig, not big. I would like to break even on the costs and get the doc out there on the widest platforms possible to give Pajaud and his intersections the greatest exposure. I’ve substituted some of the imagery with animation and for audio I’ve been sneaking my axes out of their coffins. You know I can’t replace the distinct sound of Dinah Washington. Oh the horror! Maybe around 2011 I’d asked Pajaud if there was some music he preferred. He said definitively, “Cristo Redentor” by Donald Byrd. I use the original on the front end and his later rendition on the tail.

Eyes On The Prize and Killer of Sheep, if I’m correct, were two flicks that didn’t see a home video release for years because of music clearances. You have to decide if the music is integral to the project. I haven’t made my decision yet as I haven’t gotten to the music phase of the cost research but don’t be surprised if the soundtrack reads “Crisco Repentor” by the time I’m done with the abacus.

Between doing Google and Bing image searches I’ve been reading this Clearance & Copyright book to refine my understanding of the game. 100 pages in, I’d say it’s cleanly written. I should probably skip to the parts I need but I find the ancillary information interesting and helpful. For the 1st time I’m considering the whole crowdfunding thing for the clearances. My “I ain’t working on this anymore” deadline is end of August but if you look it up on IMDB it claims that the doc was finished in 2013. Incorrect. Hell, I’ve had at least two major hard drive and logic board failures between then and 2017 which required me to re-cut the thing from scratch. It actually has made for better versions.

Anyway, I need to prep for my eyelids to take over. Crisco Repentor can wait a few more days.