Sunday reminded me the importance of small businesses. Starting out, I had a job as a courier for a development company. I didn’t know they were also using me as an un-armored truck as I cane to find out afterwards. Apparently my replacement was pinching cash whereas I never opened packages (sealed or not). Didn’t know, didn’t care. Before then I worked as a camera operator at an independent UHF station and got to see how people handled on-set pressure as well as how to properly mingle with the various people involved in the process. I worked at a health food store as a cook and a clerk. That taught me how to shut up and let the customer opine. At the printing facility I learned that the customer is not always right and that my employer could not take my right hook. (He started it.) 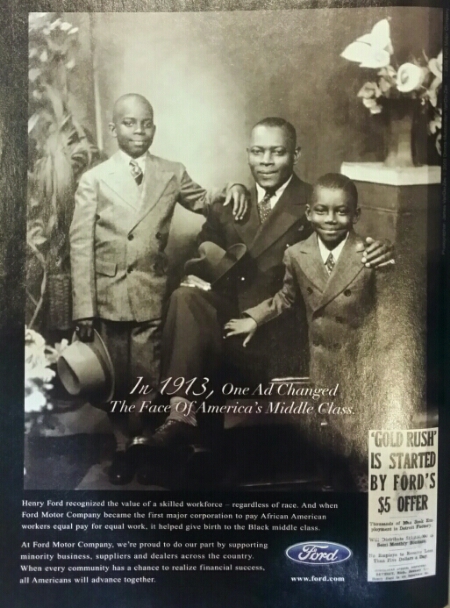 All of these situations allowed me to launch into the economic part of my adult life and gain valuable experience on interacting with a variety of people. It also led me to wanting to be in positions to help other youth get those experiences. I have done so but in the last several years of streamlining it has been difficult to uphold that mantle.

When I look at some small companies offering internships, it kind of pisses me off. So many seem to offer exploitation more so than legitimate learning opportunities. They’ll have these kids doing shit for free for what some entry level cat should be getting paid to do. And then there is no definitive landing spot afterwards. So you can get screwed on the front end if you’re not careful with how you pick your internship.

To the point of Sunday, I happened to give a ride to a stranger who asked me as he was struggling with grocery bags. He was late dropping off the food so that his mother could cook marketing-mandated mother appreciation day. In our conversation he revealed how depressed he was because he wanted to change his life but he couldn’t see any way out. The streets were going to get him at some point. I gave him my ear, some platitudes, some advice, a ride and respect. He said, “Thanks big brother”.

“Thanks big brother” has been killing me all week. At my age, in general, young cats in my hood would call me OG. To use familial nomenclature showed me the depth of his appreciation of our conversation and the horrible positioning that I have at the moment to not just bring him in as a P.A. or the like. I couldn’t even think of anyone to pass his information. I’ve always given back to my community and I guess he reminded me that there is more to be given and more to do. Doing the best you can is easy to say when you have to do better.